Home IoT an evolution, which has started revolutionizing business!! 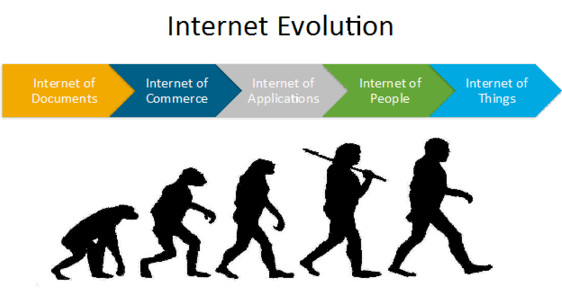 IoT an evolution, which has started revolutionizing business!!

Before we proceed to actual theme of blog, it’s useful to start out with some basics, and then jump into the big picture.

Internet, terminology itself describe its meaning that it should be something related to interconnected computer networks. Origin of Internet by the United States Federal Government in the 1960s.

Some interesting facts and figure.

What is Internet of Things?

The Internet of things is the network of physical objects that contain embedded technology to sense and interact with their environment and each other to collect and exchange data to make our lives better.

Is it Bubble or real?

It’s not a hype it’s an evolution which will bring revolution in business.

It’s not bubble, it’s going to last long. You can understand importance of it via few facts displayed below.

In my opinion, if any new thing is making a useful impact in our daily lives, it could be the source of exciting and huge business opportunities, and IoT is doing that. E.g. Fitbit smartwatch, smart home, connected cars etc.

Technical Characteristics of an IoT Product

IoT an evolution, which has started revolutionizing business!!

Why resolution is inevitable for coming year?

Here, I will let you know whenever I will add something new. So do subscribe.

You can unsubscribe at any time